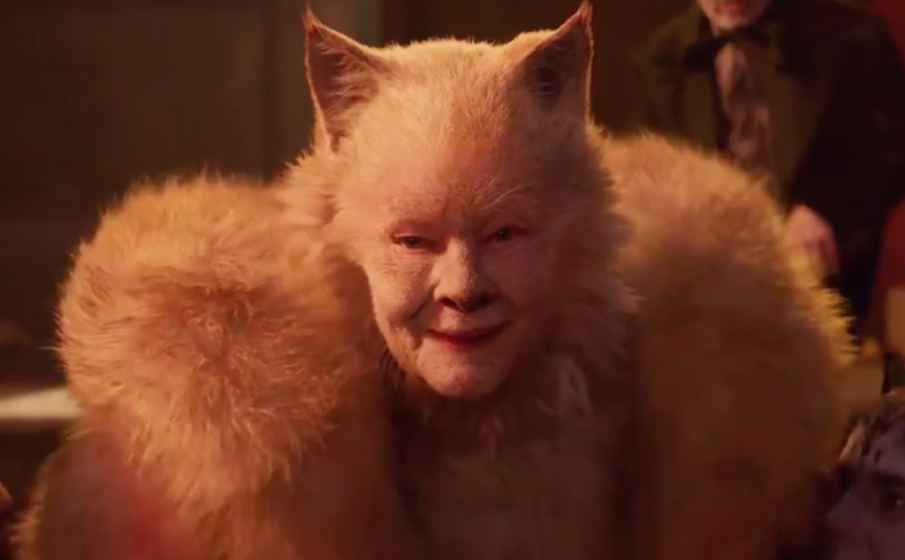 A classic bit from Jerry Seinfeld mocks scientists dedicating years to the development of seedless watermelon while others work to save lives from cancer and heart disease. He would have a field day with the innovation behind the real-life movie adaptation of “Cats.”

On Thursday, fans of Andrew Lloyd Webber’s Broadway hit got a glimpse of their favorite cats on the big screen in the first trailer from Universal Pictures. According to a behind-the-scenes look from Universal, the movie used computer-generated “digital fur technology” to, shall we say, transmogrify stars like Taylor Swift, Jennifer Hudson and Judi Dench into cats with “the most perfect covering of fur.” Call it feline fatale.

James Corden, who plays a male cat and hosts “The Late Late Show” on CBS, was perhaps most impressed. “These are people, but they’re cats, and this is kind of blowing my mind,” he said.

Viewers of the trailer on Twitter were less enthusiastic, dubbing the technology “nightmare fuel,” and “tragic,” likening it to Snapchat’s cat filter.

Humans as cats. As Mr. Seinfeld would say, “We did it! We have that now.”

Former Apple CEO on the biggest trendlines in health technology