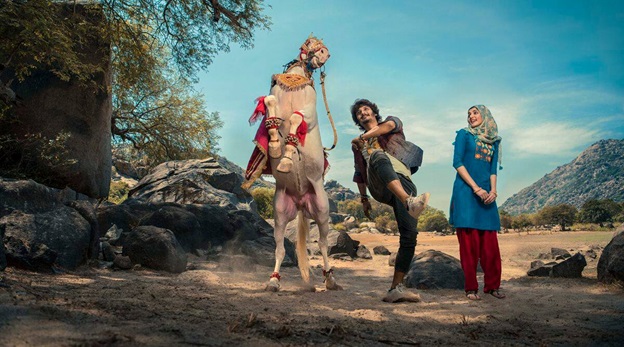 Cinema is a medium that reflects society. Not solely recreation, but cinema is additionally a source to get motivated too. In Tollywood, we have plenty of scopes to get inspired. There are many motivational movies in Telugu Cinema that you can watch online over various OTT platforms. Aha is one such platform where you can watch exclusive Telugu content in the comfort of your home.

Telugu film industry can be termed as the most commercial film industry. Giant action set pieces, impossible stunts, larger than life heroes and everything just shiny and grand. But will that mean Telugu filmmakers only know this? No. Some films and filmmakers have broken that blatant stereotyping and have come back ahead with some nice content. The Telugu Motivational Movies makes you laugh and feel contented. It also improves your mental and physical state. Meanwhile, Motivational Telugu Films have often roused social change.

Now, let us glance at some of the best Telugu inspirational watch movies online on the Aha app. Let us have a look.

Vedam is a 2010 Indian Telugu movie about humanity. Starring Anushka Shetty and Allu Arjun in the lead role, the film fell into the hyperlink story category. Director Krish is such a well-thought-out director in Tollywood. His stories are inspiring and relatable. In the movie Vedam, Krish tried to convey a few encouraging stories. A child who is enthusiastic about studies, a character of Cable Raju who understands that money is not everything, Manchu Manoj who follows his dream, a character of Anushka who wants to dream big despite being limited. The climax will surely make your heart heavy. Vedam is one of those films that hides in blockbuster costumes to convey its true message.

Gypsy is a romantic drama starring Jiva and Natasha Singh as a lead character. Gypsy (Jiva) is the son of a Hindu-Muslim couple killed in a terrorist attack. Later, he grows up under the wings of a wandering artist who teaches him to live carelessly in life. Coming to director Raju Murugan, he chose a respectable story and got off to a good start. All in all, Gypsy is a love drama with a good foundation that will inspire and keep you motivated.

The movies mentioned above are therefore related to Telugu Inspirational Movies. And we hope that you people will be able to communicate with the films mentioned easily.

You need to watch these Telugu movies now on the popular streaming application Aha. Out of 40 OTT streaming services in India, Aha launched in 2020. This platform features Telugu content exclusively. In Aha, movies are available for all genres ranging from romance to comedy. Since audiences enjoy streaming movies online in the comfort of their own house, Aha has even provided different films and web series that could be watched free. Aha has a series of beautiful scripts that it features on the website. With all the Aha originals and even other content, this platform promotes young talents and flavorful ever-lasting stories that will stay with you forever. Download the Aha app and Latest Telugu movies online.

Roofing Materials that You Should Consider for Your Home

What is the easiest way to chemically check my pool water?