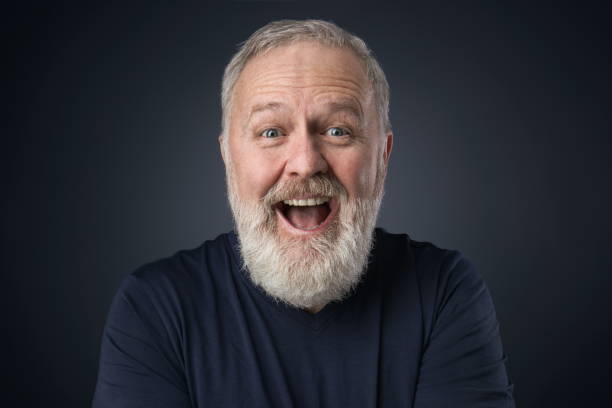 Among the crop of products and services that are catering to the needs of young India stand out startups like Chennai-based Athulya Assisted Living serving senior citizens, who may form a niche audience now, but not for long.

India, which is home to 1.3 billion people, is considered a young country, with almost half its population being under the age of 25. But that is set to change if government projections and the recent Economic Survey are to go by.

By 2050, the country is estimated to host nearly 340 million people above the age of 60 — more than the current population of the US!

With low penetration of healthcare — one bed for 1,000 patients — India is in already in need of increased investment and resource allocation in geriatric care. And Karthik Ramakrishnan’s Athulya Assisted Living, which is a geriatric care startup set up in Mylapore, Chennai in 2017, aims to address this need.

Functioning as a “premium assisted living home” with a team of skilled healthcare professionals to take care of clients’ every need, the young startup has an online presence as well.

Not an old-age home

Athulya is positioned as an assisted living centre and focusses on people living abroad as well as busy professionals who need professional care for their parents. From assisted beds to high-end ECG machines and a doctor on-call round-the-clock, Athulya does all its bookings online, the verifications over a phone call, followed by physical verifications as well. The startup charges its clients on a rental (monthly) basis.

“It was not easy to start up in India because there are old-age homes that take in people and are not connecting the element of healthcare. Older people need not just a community, but also the availability of doctors and nurses, and need to live in the vicinity of a hospital,” says Karthik N Ramakrishnan, Founder of Athulya Assisted Living.

Karthik started off as a trained physician and is a hospital management expert with more than 10 years of administrative and clinical experience. He served as the regional lead and fellow in performance improvement for leading health systems in the US, such as Dignity Health, Prime Healthcare Services, and Kaiser Permanente.

He also acts as a principal healthcare advisor for Sri City, which is one of the largest integrated business cities in India. Karthik is also the advisor to the Chairman of SRM Institute of Medical Sciences (SIMS).

Karthik bootstrapped the startup by pumping Rs 2 crore into Athulya. He does not wish to disclose his revenue but says he is scaling up. However, teething challenges existed, especially while convincing the children of the startup’s target audience.

“It was slow going as people have biases towards geriatric care. Children abroad don’t realise that parents can be cared for by professionals. But, after three months, the first client came to us from Singapore,” says Karthik, adding that the couple dropped their mother off at their assisted living centre.

And the subsequent whiff of success in 2018 led Karthik to set up shop in the two more suburbs of Chennai – Arambakkam and Perungudi. Today, the startup has more than 50 individuals staying with them. The company aims to create apps, in the future, where clients can check their parents living in these assisted homes.

It currently connects its guests to hospitals by constantly checking their vitals through IoT devices and passing that information into the cloud.

“The first step is to provide assisted care, and as we scale, we will add more technology,” says Karthik.

Athulya has also launched a brand called Healthabove60 to offer support and expertise at the doorstep of individuals, which means the senior citizen can get care at home rather than living in an assisted living centre.

The market is huge, but unfortunately, the supply is only 300,000 units according to JLL, the real estate consulting firm. There is a need for rapid expansion.

According to real estate consulting firm JLL, private entities who have already made a foray into the sector are Ashiana Housing, Paranjape Schemes, Impact Senior Living Estate, Covai Properties, Brindavan Senior Citizen Foundation, and Classic Promoters, among others.

Their projects are already operational in major metros like NCR-Delhi, Pune, Bengaluru, Amritsar, Coimbatore, and Chennai.

Further, realising the potential of the sector and to capture large market share through first mover advantage, prominent corporate houses like Max Group and Tata Housing have also forayed into the sector.

“Getting trained manpower is a challenge for the industry and this will be one of the biggest industries in terms of opportunity and business,” says Karthik.

With the process of ageing already begun in the country, it is anticipated that elders in India would increase both in absolute numbers and relative strength, indicating a gradual swing to a more ageing population.

In 2011, India had about 76 million seniors above the age of 60 years and it is expected that this figure will grow to 173 million by 2025, further increasing to about 240 million by 2050, according to JLL. This marked increase in elderly population would involve a change in an important sociological aspect: the ‘old age dependency ratio’.

Besides growth in sheer numbers, seniors are also evolving as a customer segment and have needs and wants that are different from seniors in earlier generations and times. Startups like Seniority are already catering to this significant section of well-heeled seniors who are independent and financially stable.

While this segment of the population is now better equipped to take decisions post-retirement, its needs are not rightly understood or met appropriately by both the public and private sector at large. The senior community presents a tremendous opportunity to service providers and entrepreneurs to not only innovate on their housing needs but address their various lifestyle needs as well.

Karthik now has his eyes set on Chennai and other major south Indian cities like Bengaluru and Hyderabad over the next three years.

But in a slowly ageing market, the whole country will be Athulya’s playing field in the coming days.

5 food items you should absolutely stay away from this monsoon